Why some choose suicide with Mark Henick 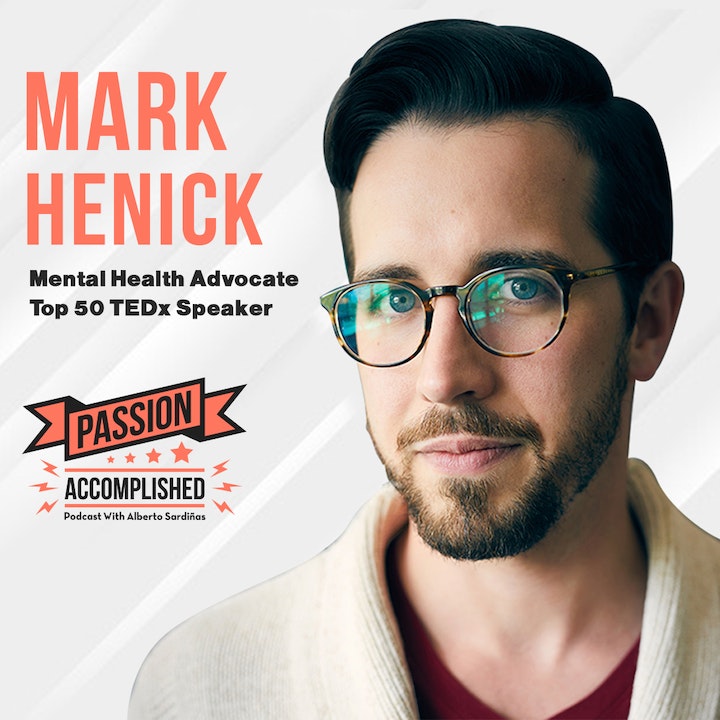 "Why we choose suicide" is the title of the top rated TEDx talk of our guest today. He is a mental health advocate who in the past attempted suicide several times, and at one time was saved by a stranger from jumping off a bridge. This situation...

"Why we choose suicide" is the title of the top rated TEDx talk of our guest today. He is a mental health advocate who in the past attempted suicide several times, and at one time was saved by a stranger from jumping off a bridge. This situation opened his eyes and allowed him to get on a different path in his life. His TEDx talk is ranked as one of the top in the world. He shares with us the way in which he believes the system has failed people who are going through depression and suicidal thoughts. He also explains how we can be a positive influence to help those going through mental health issues. This is my conversation with TEDx speaker, author and mental health advocate Mark Henick.

With over six million views, Mark’s TEDx talk is among the most watched in the world. His story of searching for “the man in the light brown jacket” who saved his life from a teenage suicide attempt captured global attention, and when he learned of products being sold on Amazon that promoted suicide, his successful online petition to have them removed garnered tens of thousands of signatures. Henick has dedicated his life from an early age to opening minds and creating change. His talks are informed by his direct experience with stigma and the mental health care system, and he brings his diverse and unique perspective to every audience as someone who has been a patient, a professional, a policy influencer, and a public figure in the mental health system.

Mark is currently the Principal and CEO of a boutique consulting firm that helps individuals, companies, and governments to move strategically from awareness to action in improving mental health and wellness. He was previously the National Director of Strategic Initiatives for the Canadian Mental Health Association (CMHA), and, prior to that, served as the youngest president of a provincial CMHA division in history, the youngest ever member of the board of directors for Canada’s Mental Health Commission, and as a national spokesperson for the Faces of Mental Illness campaign. He has also worked as a frontline mental health counsellor, and as the manager of a national workplace mental health training program.

You can connect with Mark here:

The Passion Accomplished podcast with Alberto Sardiñas is available on www.PassionPodcast.com

Email has been submitted.